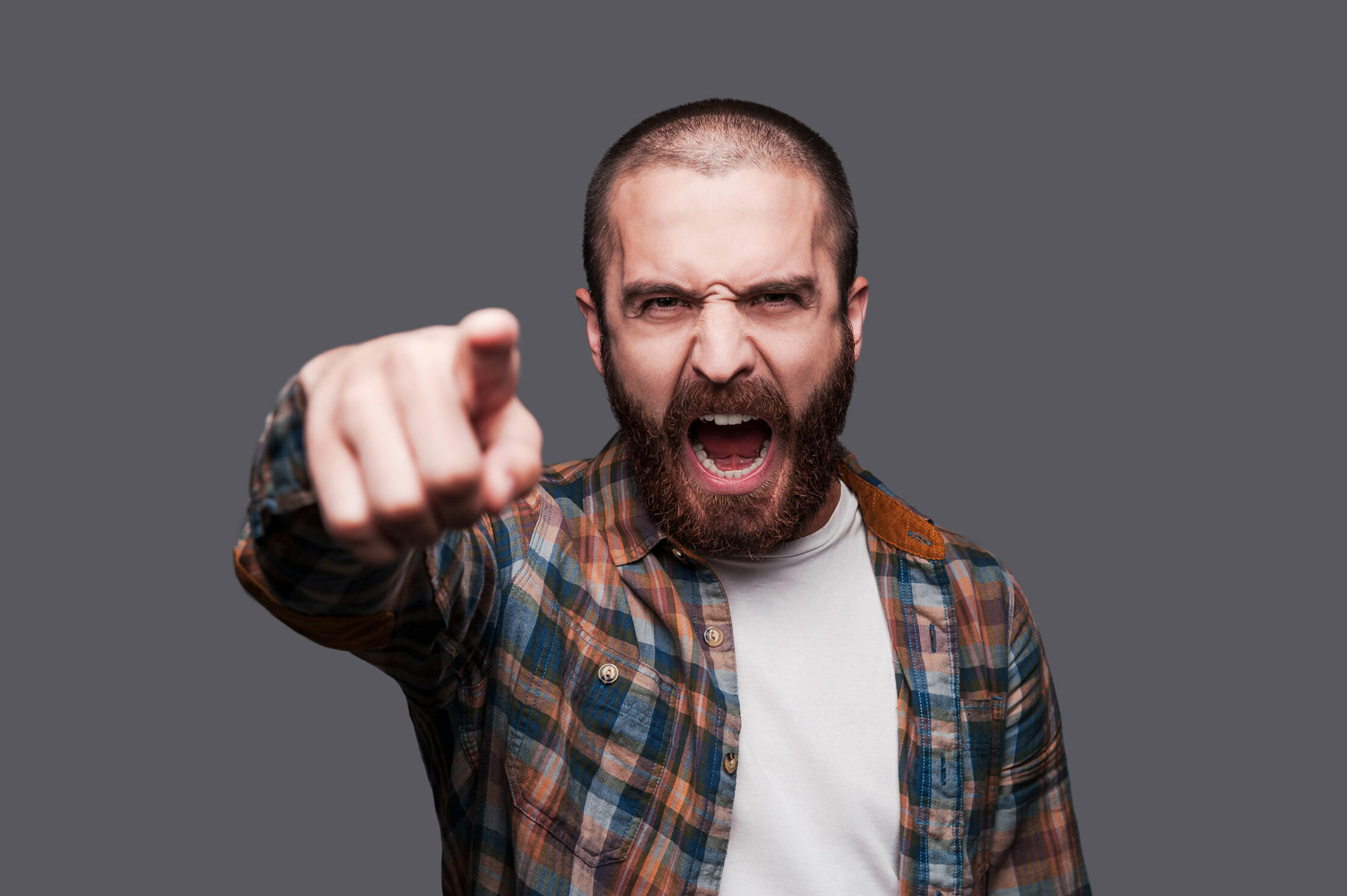 Everyone experiences anger from time to time. Often, it’s triggered by something specific. It’s a perfectly normal human emotion.

However, anger can quickly become a problem when someone uses it to deal with underlying issues.

It can be especially frightening when a man is dealing with anger issues, especially when he doesn’t realize it, or doesn’t know what to do about it.

Whether you’re worried you might have anger issues yourself, or there’s a man in your life that you’re concerned about, let’s cover some of the common signs of anger issues in men.

An Imbalance of Emotions

There’s a common misconception that men with anger issues are angry all the time.

In fact, it’s usually just the opposite. Their emotions often swing on a pendulum, and they can shower people with extremes. One minute, they might be completely loving, kind, and caring, only to lash out in anger and frustration a moment later.

These kinds of extremes are often frightening and overwhelming for others involved. You might even end up frightening yourself or wondering how your moods could shift so quickly.

Additionally, it’s not uncommon for men with anger issues to deal with a lot of regrets. If you’re in a relationship with someone, for example, and you lash out at them, you might feel horrible about it later and want to apologize. Unfortunately, no matter how sincere your apology is, it’s likely your anger will soon take over again.

Everyone has certain “triggers” that can make them frustrated or angry. Usually, however, those triggers are justified.

Someone with anger issues might get upset over very small and insignificant things. Small annoyances or frustrations can feel like a big deal, causing you to have flare-ups of anger or outbursts that other people can’t understand.

Feeling triggered into angry fits by just about anything is no way to live, and it can severely impact both your personal and professional lives.

Your Anger Is Out of Control

One of the most common signs of anger issues in men is the feeling that you’ve lost control. When it feels like your anger has taken over the majority of your thoughts or you can’t control if/when you’ll have an outburst, it’s a serious problem.

Feeling out of control can lead to heavy consequences. You could end up hurting someone you love, whether it’s physically or emotionally. You could lash out at someone you don’t know. You could lose your temper at work.

There are so many situations in which a lack of control could derail your life for a very long time. If you’re starting to feel this way, it’s important to seek help quickly.

To determine if you’re really dealing with anger issues, it’s important to get to the bottom of what’s causing you to feel so frustrated all the time.

Often, it stems from the past. It might even go back to your childhood. Whatever the case, getting to the root of your anger issues is the first step toward overcoming them.

The last thing you want is for your anger to cause a situation you’ll end up regretting. Unless you’re willing to make changes and get help, your anger likely won’t go away on its own.

So, whether you are struggling, or you know someone who is, don’t hesitate to contact Integrative Psychotherapy Group. We can set up an appointment, get to the root of those anger issues, and work on effective strategies for overcoming them.