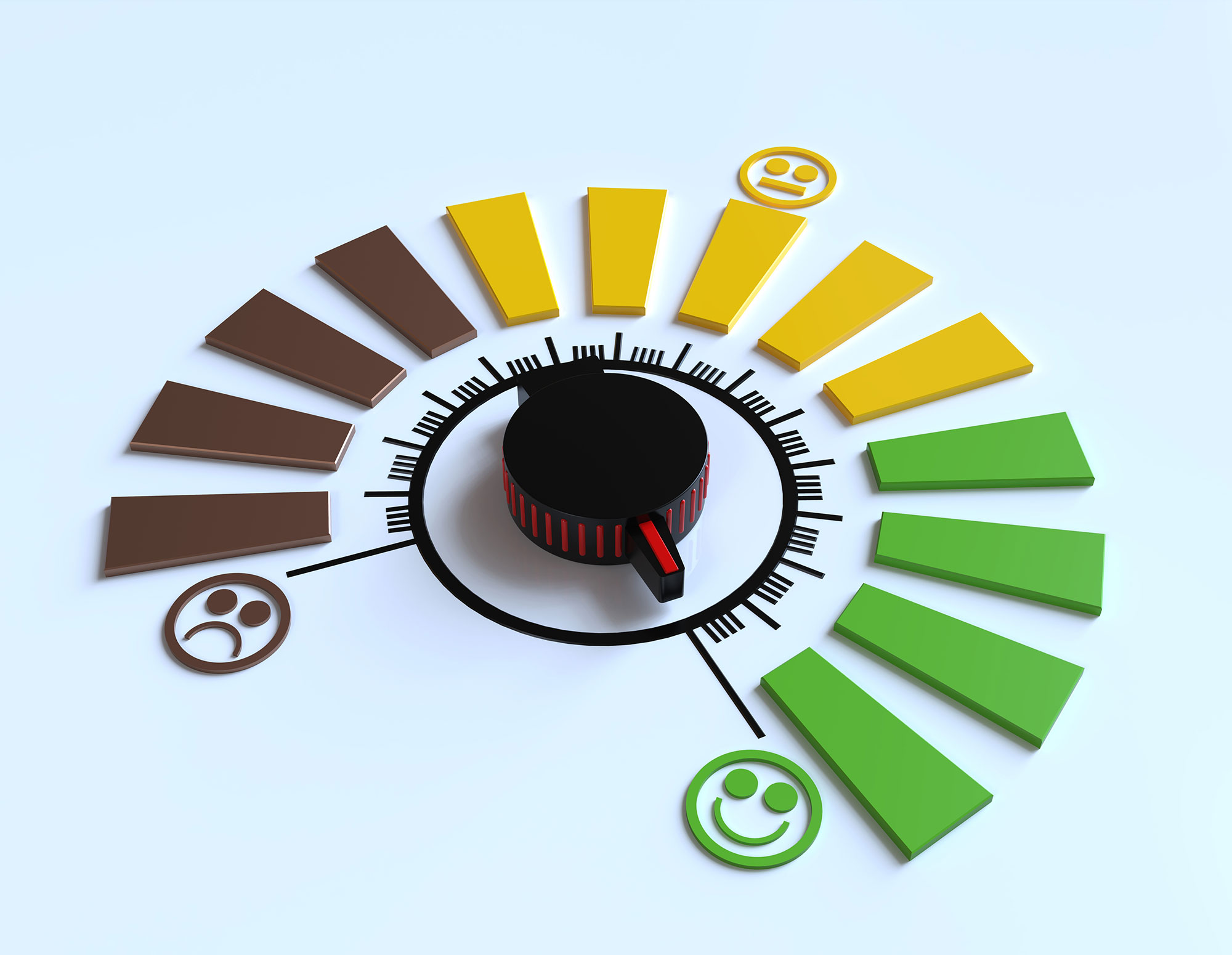 On paper, it seems impossible to measure happiness. Every individual has their own scale, of course. What makes you happy might not be the same for someone else.

But what we can do is look at ways the measure of happiness has changed over the years.

What made most people happy 100 years ago likely isn’t the same as what would make them just as happy today.

So, can you measure happiness? Many researchers believe so, and they use five different methods to take those measurements. Those include biological, behavioral, disguised measures, clinical reports, and self-reports.

Let’s look at some common measures of happiness to explore how it’s changed and evolved, and what that really means.

One of the biggest reasons measures of happiness change over time is because it isn’t inherently biological. Researchers can measure depression in a person by levels of serotonin in their brain.

But having higher levels of serotonin doesn’t make a person happy all the time. You cannot “inherit” happiness through genetics.

So, some people always appearing happier than others isn’t anything new. And it’s likely more behavioral than anything else.

Things like smiling, laughing, showing gratitude, and helping others are the factors that tend to make people happier.

Happiness changes with circumstance. If you were born in today’s era and had the opportunity to go back 100 years, you might not be as happy.

You’re used to the comforts of today. Could you imagine going back to a time without iPhones or technology? It might feel like a nice “vacation” for a while. But, when you realize the amount of work that goes into each day, chances are you won’t be happy because you know what you’re missing.

But that doesn’t mean people who lived in that era (or any other) were unhappy.

In fact, it could be argued that their happiness was simpler. Any measurements of their happiness would have likely come from simply asking them how they felt about their lives. But people appreciated what they had. They worked hard for it, making them more grateful for almost everything.

The idea of gratitude hasn’t changed. Anyone could argue that we have more “stuff” today. Life is easier in many ways than it has been in the past.

But the connection between behavior and happiness hasn’t changed.

Self-reports of happiness are one of the best ways researchers currently have to measure it. Granted, people can stretch the truth about how they really feel. But there isn’t much anyone can do about that other than hope for honesty.

What happiness looks like today isn’t much different from what it’s always looked like. It isn’t measured by how much you have, but rather, how much you can appreciate what you have. That includes more than possessions. If you are grateful for your health, family, friends, etc., you’re more likely to “self-report” happiness. Alternatively, if you constantly want more, or you live with unrealistic expectations, you might not be as happy.

Obviously, happiness is an important emotion. But compared to others, it’s also a bit mysterious. Because there are so many methods to measure it, it’s clear just how important it truly is.

There is still no one way to accurately measure happiness other than by talking to people about it. When scientists and researchers alike do that, it provides a clearer picture of how happiness has changed over the years, and how it has also, somehow, stayed very much the same.